The route will be fixed only roughly. It's open for changes as part of the bet. Three corner points are fixed as part of the story: Lisbon, Balkh, Macau.

Representing the beginning of the end of the ancient "silk roads". Vasco da Gama started from here and managed to sail around Cape of Good Hope to reach India on a day in may 1498. 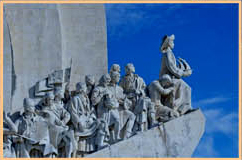 "City of Life Sciences". We'll have the pleasure to enjoy a kitchen-party in "Droef" - and very probably a detour to Rotterdam and The Hague, meeting interesting people to talk about sustainability and future solutions for a couple of present problems (like: waste, energy, food, health...).

One of the most famous antique harbours.
Since 2009 very successfully run by 中远集团 COSCO.

Break for the cast and pit stop for the car. Between Piraeus and Istanbul are a lot of very interesting harbours like Çanakkale, not far away from where the ancient Troy is suspected. Biking time!

THE CITY. Gate between occident and orient. And between Mediterranean Sea and Black Sea.

Not far away the legendary Queen of Saba had her palace and the first cup of coffee ever was brewed.

The "windy city" of the East. One of the eldest cities in the world. One of the first places where mineral oil was for sale on markets. Thousands of years ago.

Break for the cast and pit stop for the car. From Baku to Türkmenbaşy riding the Caspian Sea: Sea enough to allow a detour to Astrakhan. Maybe to enjoy an evening in the Astrakhanta?
Another detour from there to Elista and Volgograd would take a couple of days, but would be very attractive.

Formerly Krasnovodsk, a Russian garrison town. Not far away from the harbour is the "Cave of Dzhebel": Mesolithic, neolithic and early bronze age artefacts were excavated here.

"Out beyond ideas of wrongdoing and rightdoing there is a field. I'll meet you there." A famous quote by Rumi. He was born in Balkh in 1207 and had to emigrate to Asia Minor because of the "Mongolian invasion of Europe" around 1215. His followers are the famous "whirling dervishes" of Konya, Turkey.

Alexander the Great married princess Roxana here in 327 BC to fund what developed to "Greco-Buddhist" culture a short time later.

Xuanzang travelled here from Xi'an in 630 to take part in meetings with Buddhist masters. He is the historical antetype of Tang Sanzang, main character of the novel "Journey to the West", published nearly 900 years later during the Ming Dynasty, being continued now, another 500 years later, as our beautiful "Journey to the East".

Marco Polo saw the ruins of this formerly splendid city in 1273 on his famous journey to Shangdu (the legendary "Xanadu" of Western cultures).

It's said that the Arab invaders (who didn't have an easy game with the locals) used to call Balkh "Mother of Cities". Genghis Khan and his Mongolian invaders, 550 years later, didn't give this city a chance to survive. 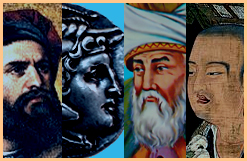 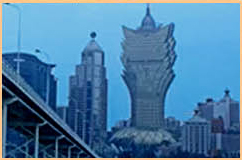 Tower of the "Grand Lisboa" in Macau

GD - Schwäbisch Gmünd, Germany: Cradle of Journey to the East.

Le Dorat, France: Beautiful town with one of the most amazing churches, part of the ancient Camino de Santiago. Venue of the World Sheep Shearing Championship 2019.

By the way: Please check cradle to cradle and see why a detour to Rotterdam would make sense as well. Probably another pre-rehearsal-detour would also make sense for various reasons.